How to Configure Currencies in Zen Cart

In Online Shopping, it is very important to have enough Currency available for your customers to use when purchasing items from your Zen Cart Store. In this tutorial, we will show you how to configure the Currencies on your website.

To configure Zen Cart’s Currencies, you need to:

To add a New Currency to your Store, you will first need to login to the admin area of your website. Once there you need to navigate to the Localization>Currencies section.

Click on the new currency button to open the currency creation fields on the right.

Here you have to configure:

Editing currencies is easy in Zen Cart. Let us say that when adding the Australian Dollar as a currency, a mistake was made and the code is incorrect. To fix this, you need to click on the Info icon next to the currency.

After that you will see details regarding the currency and an Edit button which you should click. 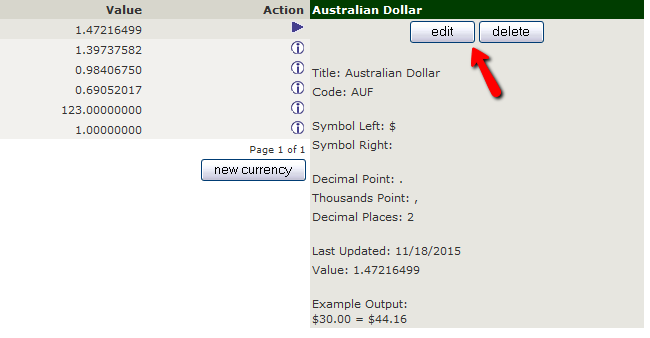 After correcting the typo, you need to click the update button to apply the change.

To delete a currency, you need to navigate to the details of set currency and click the delete button. 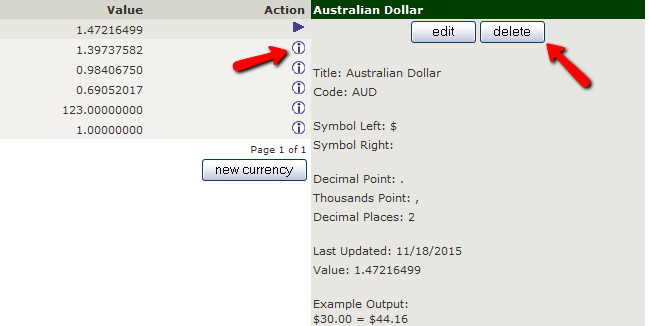 Congratulations, now you know how to configure the Currencies used in your Zen Cart Store.

SMTP Back to top Taxes
On this page...