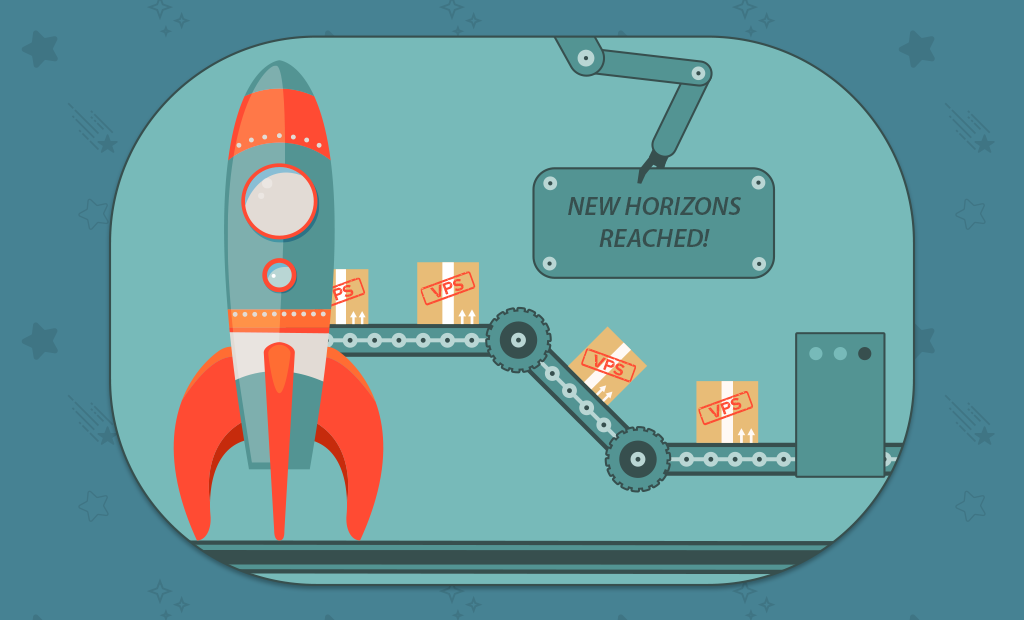 Here at FastComet, we have a constant craving to provide our existing and future customers with the thing they need the most – reliable, affordable, secure and features rich Web Hosting Service. With that in mind, our Infrastructure Engineers were sent to a mission to the edge of the known Virtualization Technology universe and beyond. Their mission – to improve our VPS services by researching a brand new Virtualization Platform which will be light years better than the one we were already using.

By the time FastComet went public we already had a working Virtualization Platform that was holding our private clients. It was a type of platform that later proven to be inconsistent with our future goals.

The used Virtualization Technology was allowing on a single hardware (physical) server for multiple VPS services to be deployed. Each VPS service had its own Operating system and of course a chunk of Hardware Resource provided by the physical server. The infrastructure for that type of virtualization was affordable, SSD Storage driven, easy to manage and of course it was meeting the needs of the market. This allowed us to provide our new customers with pricing plans that were competitive with other Web Hosting Companies in the niche for years already.

However, with the dramatically increasing customer basis, we started noticing repeating issues mainly related to the way how customers’ websites were utilizing resources. With that the most commonly used Opensource applications started demanding for better CPUs and more RAM. Since the design of the Virtualization Platform was allowing for each hardware server to utilize not more than two CPUs with multiple cores, this became a huge bottleneck. Furthermore, we were limited to scaling VPS services without the option to migrate the Virtual Containers over brand new physical servers due to the fact that migration of a VPS service required an IP address change which on the other hand was resulting in inconvenient downtime.

So instead of trying to improve a service that reached its potential, we decided that we need to radically rework the Virtualization Platform so it can not only meet the demands of the modern web applications but also to be reliable and easily scalable.

The hunt for better Virtualization was on.

XEN and KVM on Top of the Cloud

The most logical improvement in the Virtualization Technology we were using was to change the hardware servers for more stable infrastructure with an infinite amount of CPU power, RAM, and Storage. That kind of resources was provided by Cloud Computing technology.

After further researching the Cloud technology we came to the conclusion that a stable and reliable Cloud service cannot be built on top of Storage utilizing the widely used by that time Hard Disk Drives. We aimed at the best possible Cloud infrastructure, so we needed SSD storage driven Cloud Provider with the latest CPUs from Intel® and of course the best RAM available. Not only that but we went even further by ensuring that the Cloud Infrastructure will be updated with the newest hardware so we can constantly be on the edge of the Cloud technology.

So we had the infrastructure prepared and the only thing remaining back then was to decide what Virtualization Technology we will be using. XEN was pretty famous, stable and widely used, so we started testing it. However, after a few months of tests, we noticed that it required constant maintenance and security updates to keep it in rails. That, unfortunately, was not what we were looking for since every Security update required a reboot, thus causing downtime.

The only option remaining on our blackboard was KVM and boy we regretted that we did not start with it at first place. It was stable, reliable, secure and most importantly it lacked the security issues and constant updates of XEN. Furthermore, it allowed seamless virtualization of resources on Kernel Level making the resources assigned per VPS container available 100% of the time. Theoretically, that transforms the Virtual Private Server services into Virtual Dedicated Server which was another type of service. For the sake of avoiding confusion for our future customers, we preserved the name of the service as it was while knowing that we are providing something even better.

Finally, we felt like the hardware parameters of our VPS plans were also obsolete. Therefore we tailored brand new VPS Web Hosting Plans featuring new CPU models, CPU frequency and brand new RAM limits. That of course came with new pricing which was a bit more expensive compared to the old one but still competitive enough considering its quality.

Flying with the Speed of Light

Our Rocket Ship has been rebuilt, and this time it was and still is a piece of machinery that is going to last for all new voyages our clients are about to take. So we started deploying our brand new VPS customers on our newest Infrastructure using a Virtualization Technology that was and still is 100% bug-free, offers 99.99% uptime and most importantly it shines when server load is applied. For several months out new customers were more than happy and very grateful for judging by the thousands of reviews and the large feedback they were providing us with.

Therefore we focused on the next logical thing – improving the service even further. We started experimenting with the optimization of the new VPS service, their OS setup and the features they offer. Eventually, this led to an imminent improvement in the websites’ loading speed, security, uptime and overall stability of the offered VPS services.

The last Rocket Ride for the Most Loyal

There was one last thing that we needed to plan and execute. Few hundreds of our old and most loyal customers were still utilizing the old Infrastructure. We did not forget them, and actually everything we have done so far was so they can experience the improvements and most importantly enjoy what was about to come. The last Rocket Ride for them was about to happen, and we had to plan it perfectly so it can be as smooth as possible.

For a month and a half, we had to migrate thousands of websites hosted on hundreds of VPS services. This was an undertaking that called out for our best Senior Technical Support Staff to put their knowledge and experience into good use so they can migrate each cPanel account of each VPS service from the old platform to the new one.

As much as we wanted for that process to be with minimum to none client interaction and with no downtime physically, that was close to impossible. The main reason was that many of the clients had to update the IP addresses of their domains since the same were pointed to their VPS services by an A record from a DNS zone hosted elsewhere.

Apart from that, the migrations were all performed in scheduled time frames, and all were 100% successful with 0% Data Loss. 99% of the VPS services were migrated for not more than a few hours and with a total downtime of fewer than 10 hours (considering the propagation period).

We are always looking forward to each new challenge brought by the constant innovation that drives our world today. With that in mind, we are happy that we reached this milestone and that you – our loyal customers are supporting our ideas, our products and most importantly our vision of how the perfect Web Hosting Service should look like.

The colonization of our brand new Cloud SSD VPS infrastructure is going as planned for several months now and we would like to sincerely thank each and every customer that was with us during this journey.

It is now up to you to enjoy what FastComet has to offer!

The Hunt is ON for Best Easter Deals from FastComet 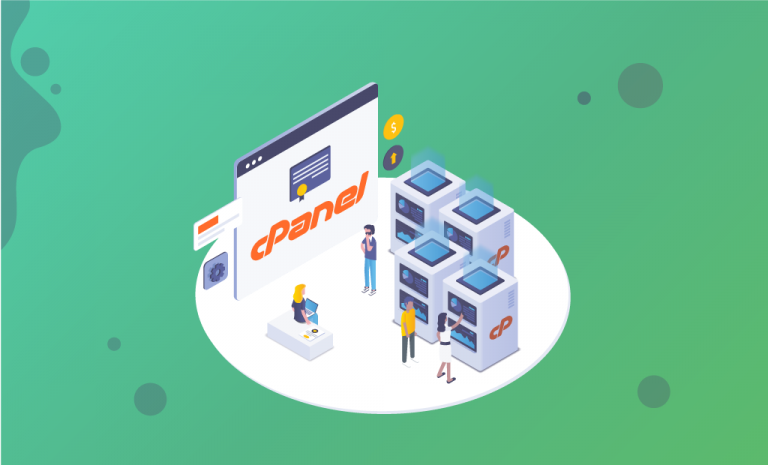 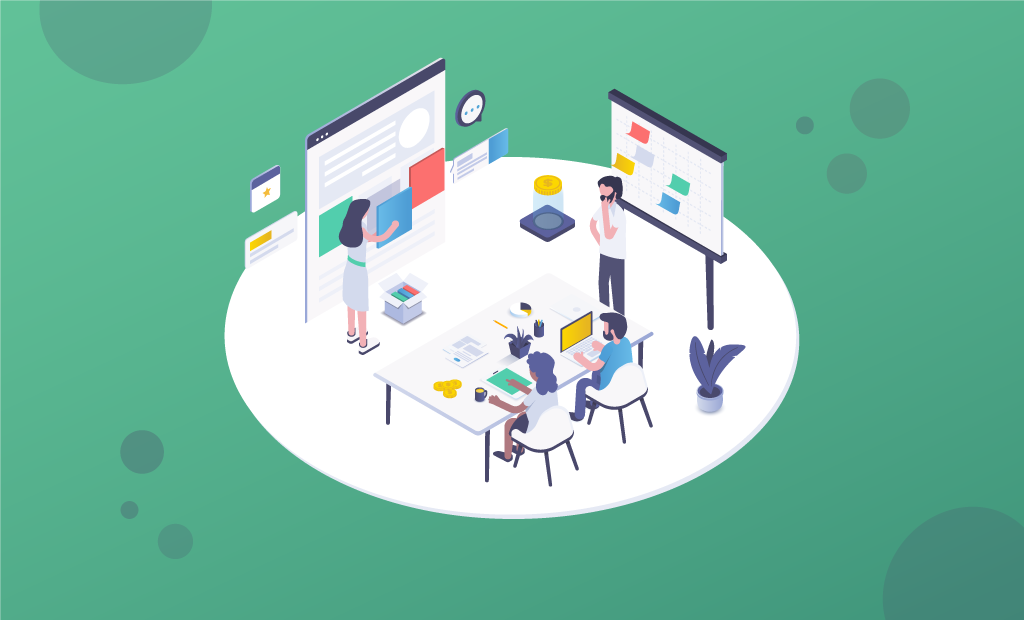 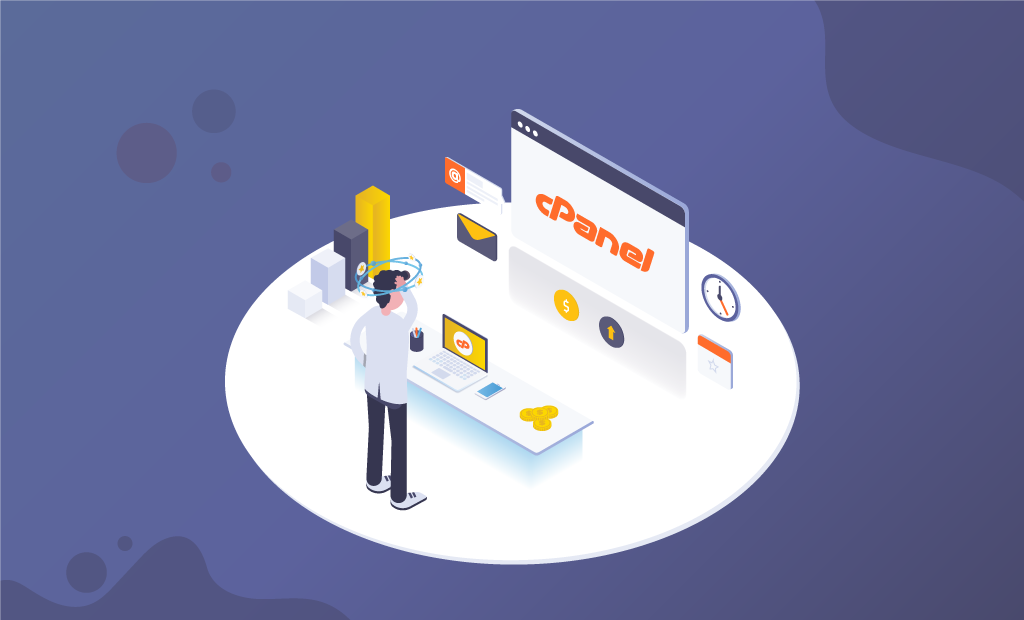 cPanel Price Change and the Impact on our VPS Plans