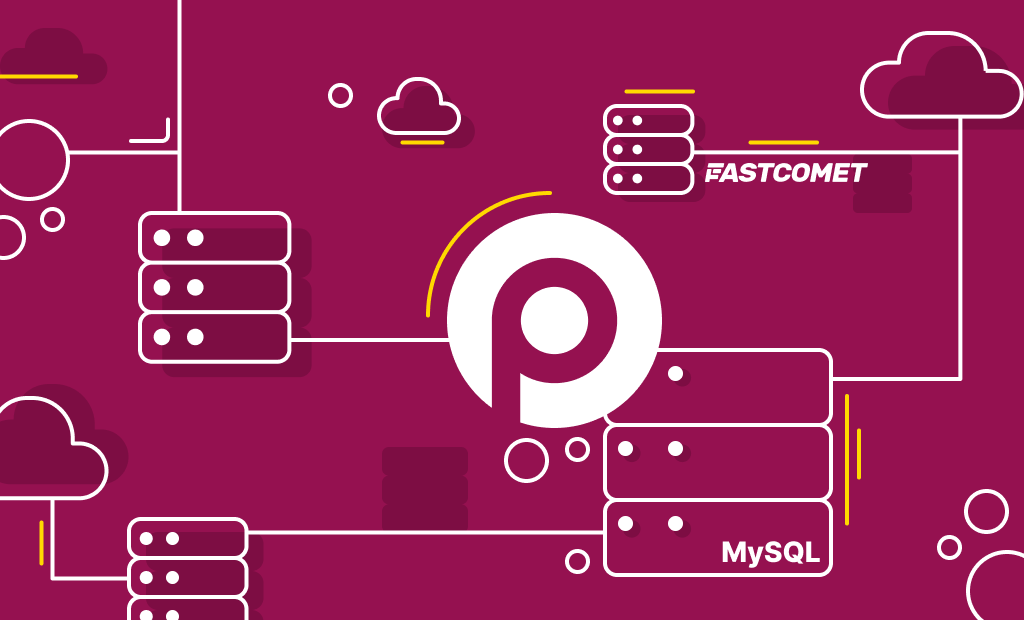 As a website owner, one of the most crucial things you look for is speed. High MySQL performance is critical for any database-driven website, and it may make a significant difference when it comes to website performance. MySQL is the database of choice for the majority of open-source projects. MySQL is simple to administer and free to use, and it is supported by the majority of hosting companies. MySQL servers, on the other hand, frequently have performance challenges, prompting many websites to seek out alternative high-speed databases.

That’s why, starting in 2013, the Percona server gained traction as a high-performance, high-availability alternative to MySQL. Percona Server also has features that are comparable to MySQL Enterprise.

We’ll go through what the Percona server is and why you should use it instead of MySQL in this post.

What is Percona Server?

Let’s start with the basics: what is Percona? Percona Server began as a fork of MySQL that promised to deliver a platform with improved performance and scalability from the start. Percona is now a company that, in addition to its core product, the Percona Server, provides a considerable quantity of free software, advisory services, and technical support.

When it comes to installing the Percona Server, we’re faced with an old dilemma: should we install a fork of a system or stick to the original project?

When resolving this conundrum, it’s important to understand what the Percona Server is, what the project’s direction is, and what Percona as a company has to offer.

Even at companies like Acquia, HP, Flickr, Etsy, Opera, and Tumblr, Percona estimates that there are roughly 2 million installs. Take a look at Percona if you’re looking for:

How Percona Server is Better than MySQL

MySQL is the database of choice for most open-source projects. Percona Server, however, is a high-performance, high-availability alternative to MySQL with capabilities that are comparable to MySQL.

Here are the top reasons why you should use Percona instead of MySQL.

Percona Doesn’t Need as Much Memory as MySQL

MySQL’s MyISAM engine can be memory intensive. This is due to a flaw in MySQL’s data storage system. MySQL allocates a set storage amount for RAM, even for modest data volumes. As the number of searches on a database grows, so does the amount of RAM required. When memory consumption is high, more disk-based swap is used, resulting in a long (I/O) delay.

Percona, on the other hand, employs a technique known as “Dynamic row format,” in which data fields are allocated the exact amount of memory they require. This lowers total memory use, resulting in fewer I/O bottlenecks and situations of high server load.

When MySQL conducts a query using the MyISAM storage engine, it locks all the tables required by the query so that data is not updated by other queries. This causes other queries to wait in a queue for the lock to be released, causing considerable delays when query volume is high.

When performing queries, Percona avoids the problem by locking only a single row (also known as fine-grained locking). Furthermore, Percona employs a technique known as “Binary log Group commits,” which allows many transactions to be written at the same time. The two functionalities, when combined, enable quick database transaction execution in multi-user scenarios.

Here are the results compared:

The effect of “Binary log Group commits” can be seen clearly.

Unlike the MyISAM engine, things are quite different when MySQL uses InnoDB. In that case, it supports the binary log group commit feature too.

Another significant advantage of the Percona server over the ordinary MySQL server is Percona XtraDB. Percona XtraDB for MySQL and MariaDB is an upgraded version of the InnoDB storage engine. It outperforms InnoDB in terms of performance and scalability on contemporary hardware. In high-load environments, XtraDB has more functionalities than InnoDB. Because it is backward compatible with InnoDB, it may be used as a drop-in replacement without requiring any changes to the web application.

Standard InnoDB can handle 9.4 thousand new-order transactions per minute, whereas the InnoDB plugin can handle 15.3 thousand, and XtraDB can handle 26.1 thousand. XtraDB can outperform InnoDB by up to 275 percent.

There are a variety of factors that can cause MySQL to slow down or even crash. These include things like sluggish queries and tables that haven’t been optimized. Various external tools, such as mytop, mysqladmin, and others, are required to troubleshoot those specific issues. The tools in question don’t provide historical performance statistics; therefore, the majority of time is spent waiting for a performance bottleneck to appear.

Percona keeps track of performance information in the INFORMATION_SCHEMA table. When a performance problem arises, a few queries on this table can rapidly identify the offending query, table, user, or visitor.

Many websites employ significant volumes of data, such as eCommerce retailers, market analytics apps, online publications, etc. When those websites get more popular, their databases might become rather large (50 GB or more).

MySQL executes queries entirely in server memory. MySQL requires a large amount of memory to perform properly when you have a large database. To avoid memory bottlenecks, most websites distribute the database across numerous servers when the realistic memory limit is reached. To effectively route database queries, this sort of splitting (also known as sharding) necessitates a significant rewrite of application code.

Percona, on the other hand, keeps a portion of the data on disk, reducing server memory utilization. This avoids database splitting and the resulting code rework.

Slow performance in high-traffic Magento websites is caused by an unoptimized database architecture.

When you need to prevent a single server bottleneck, load balancing is a good solution. MySQL supports a variety of replication mechanisms; however, it is also known for producing data that is inconsistent.

Unoptimized database architecture, as previously stated, is a primary cause of poor speeds on high-traffic Magento websites. If a busy website serves all of its visitors from a single database server, it’s just a matter of time until it becomes slow to reply to queries.

Load balancing is a good way to prevent having a single server bottleneck. MySQL has a number of replication options, yet it is known to generate inconsistency in its data. We find Percona’s XtraDB Cluster to be the most dependable and quick of the various replication solutions we’ve evaluated (including MySQL replication, Galera, NDB, and others).

Let’s look at an example of a Magento infrastructure built with a Percona XtraDB cluster. The website’s structure is as follows:

Two web servers are used to serve the Magento site. Those servers are connected via an Nginx load balancer. They communicate with a HAProxy-based Database Load Balancer. The load balancer distributes database queries evenly among three XtraDB servers. A database fail-over is configured for the load balancer via a high availability router called “KeepAliveD” to ensure that the site is always online.

Let’s take a look at how the database services are set up:

For the Magento website in question, you can use a 3-node database cluster, which ensures that even if one node gets out of sync, the other two nodes will be able to feed it the “latest” data. Other features such as binary logging for easy fault recovery, auto-commit retires for fixing deadlocks, and so on can be configured.

During peak hour site traffic, you can observe a 40% improvement in page load times using a PXC database system.

Database requests would be forwarded to the least busy PXC node after putting up HAProxy load balancer in “least connected” mode. This ensures that the servers are not overburdened. If a server is determined to be out of sync, health checks are set up using “clustercheck” to remove it from the cluster. This kept the database from being corrupted.

Based on our experiments, we found that applications that primarily use InnoDB tables, such as vTiger and Moodle, saw significant improvements. Additionally, eCommerce apps with huge product catalogs, such as PrestaShop, OpenCart, and Magento, will operate better amid high traffic and maintenance operations. 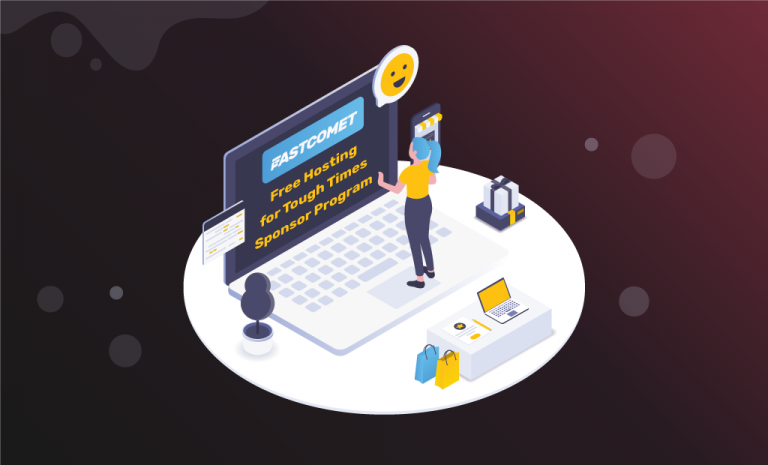 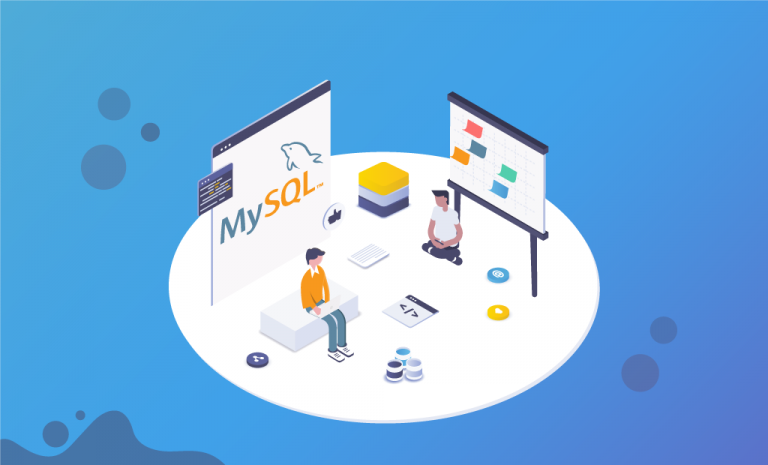 MySQL 5.7 is Available at FastComet